The property is about 30 km southeast of Merritt in south-central British Columbia. It is accessed by taking highway 97C southeast to the Loon Lake Road Exit, which connects to the logging road network which crosses the property. 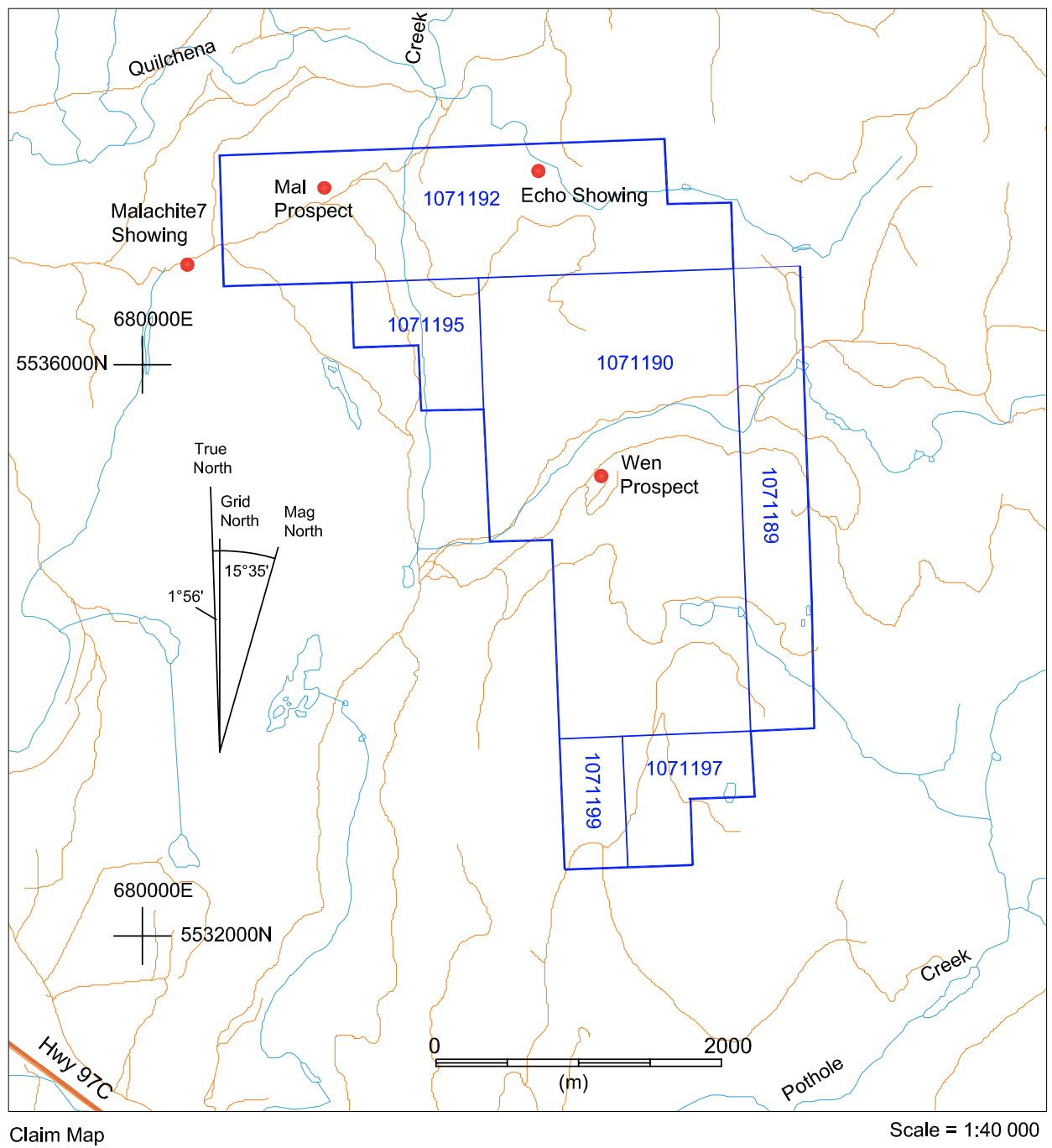 The Mal-Wen Property is composed of 4 contiguous claims covering 1954.5 hectares. The claims are 100% owned by Victory Resources Corporation.

The exploration target is an alkalic prophyry of the same age and type as the Afton and Copper Mountain deposits. The Mal-Wen Property occurs within Nicola Group rocks along the same trend as these deposits. The specific geologic setting is similar to that of the Primer Prospects, 20 km to the south, where Nicola Group rocks are intruded by smaller alkalic intrusive bodies and dikes, rather than a large alkalic stock. The Rabbit North Project, which has seen substantial exploration success recently and is 14 km southeast of New Afton, is another example of this type of system.

Low grade and spotty high grade copper mineralization is widespread on the property, and includes the the HN-Wen, Mal, Malachite7 and Echo minfiles.

The following types of mineralization have been observed on the Mal-Wen property:

Overall, the above features suggest that the known mineralized zones could be peripheral to the core or cores of an alkalic porphyry system.

The property has had a significant amount of drilling, but it has almost entirely been narrowly focused on a couple areas of high grade mineralization. These zones may be peripheral or distal expressions of the main mineralizing system.